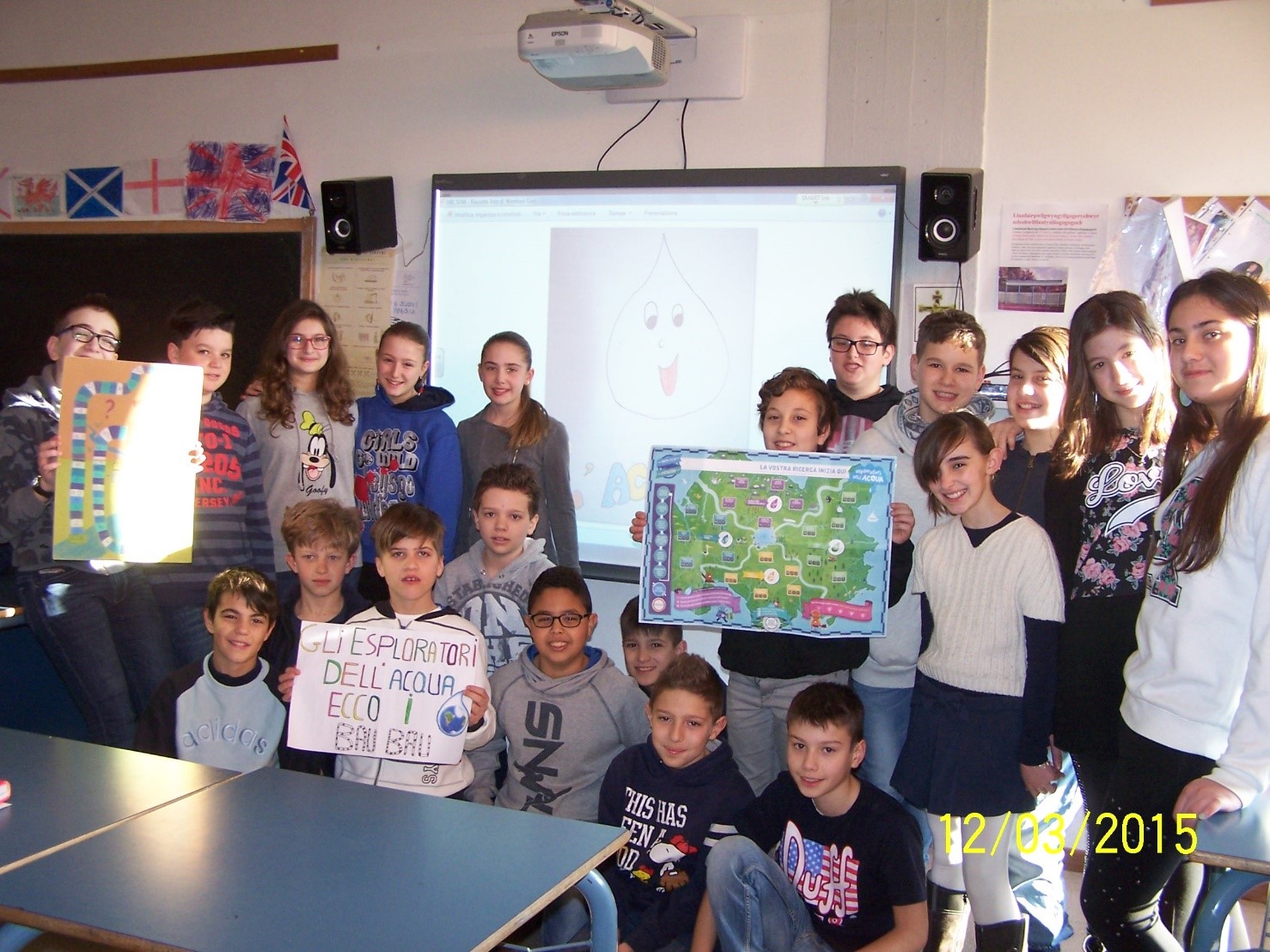 BAUBAU team demonstrated a high commitment being highly and fully engaged in their role as Water explorers, the most creative and independent team.

They self-governed their WE actions within the school and outside, in their everyday life: families were fully involved, friends, teachers, other classes also younger students.

They were responsible of all the actions carried out, had innovative ideas showing their integrity in their role and responsibilities as WE, they invited other students to make pledges and change their behaviors tutoring them and making them active as future WE.

They held workshops in a class of 9yrs-pupils to transfer the WE principles and they became their Environmental mentors.

They created the 10 rules/advices for saving water, which is their Manifesto that they also presented during the National Award event in Milan impressing the judging panel.

Their simple but efficacious approach, homemade posters, games and messages distinguished them from the other WE teams in Italy. The commitment and care was confirmed when they met after the school term had finished to write a letter to the mayor and agree on their summer tasks.

BauBau had also the opportunity to attend a skype call with an English school to exchange on the Waterexplorer experience, and this was a fantastic added value of the programme itself on their curriculum development.

“It looked like a really exciting programme, and provided the chance for the whole school and teachers to be involved.” said teacher Mrs. Francesca Florio