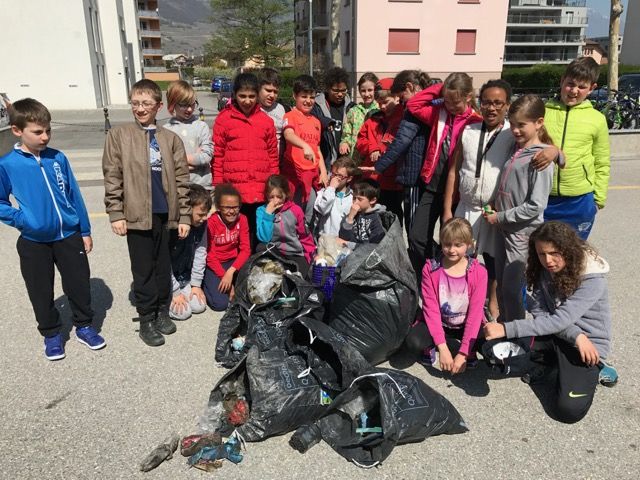 The Water Explorer team, The Sax-eau-nains, once had to walk back from their local climbing centre to school because the bus forgot them! They chose a route back which went a long a small stream. As they were walking they were shocked to see an astronomical amount of litter in the stream! So they wrote to the Council to explain the unacceptable situation they had seen. The students told the Council that they were going to do a clean-up operation on the banks of the stream to save all the living species in that environment and to clean the water. They named their challenge: Let's Clean the Waterways. The Council replied that it was a very good action and encouraged the students by giving them garbage bags and gloves.

On Friday, April 7, 2017, the team of 20 pupils and a teacher collected 290 litres of waste that they then sorted in to: glass, PET, iron and aluminum. They also found out that some waste can take more than 100 years to decompose. They had so much influence that the regional TV Company came to film them in action!
What a great way to make their community more sustainable, and tackle Global Goal 11!