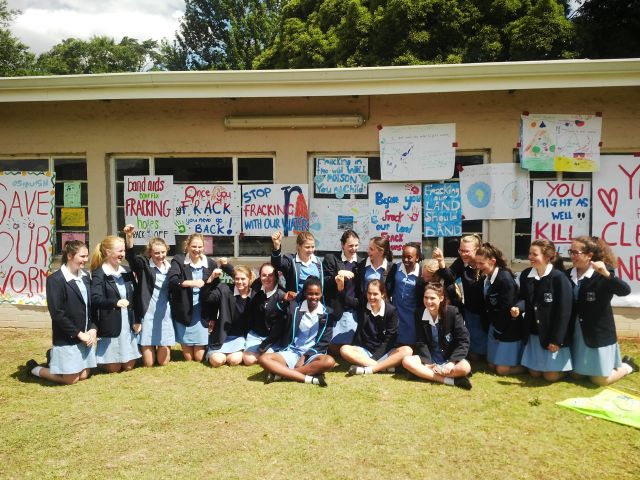 Several St Anne’s girls attended the anti-fracking meeting in Lion’s river as they wanted to represent their school in making a stand against fracking! Many were then inspired to spread the word and the IT teacher took on the task of setting up an online petition as part of his web design course with the form 3’s using new HTML and CSS skills which they had been learning.

This can be seen live at http://edadmin.stannes.co.za/fracking/

On this page you can see their work as well as sign a petition against fracking.