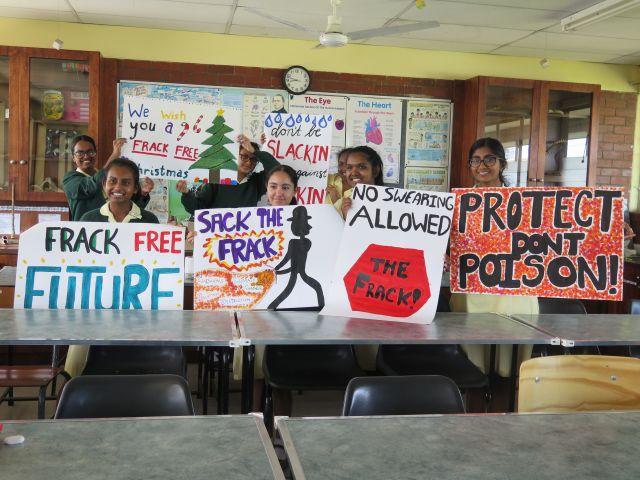 Danville was privileged to host Julia Colvin from the Water Explorer Programme on Friday 30 November 2018. She spoke to us about fracking (hydraulic fracturing). An American oil and gas exploration company is trying to get rights to frack in the KZN Midlands, the Drakensburg (a World Heritage Site) and the Karoo. Fracking involves pumping sand, water and chemicals (some of which are dangerous) into shale rock to release gas. Julia discussed the mainly negative effects of fracking which include contaminating our drinking water, harmful health implications to humans and animals, destruction of natural habitats and climate change. Communities are being encouraged to “stop fracking in its tracks” by attending community meetings and registering as an interested party on the web site www.frackfreesa.org.za. Grade 11’s then put heart and soul into making anti-fracking posters to spread the word.  These were displayed around the school.